No one is talking about the Star Wars teaser?

39 replies to this topic

I've watched it a few times, and overall I think it's very promising.  HOWEVER, that R2 ball irks me.  I have a joke twitter account (twitter.com/dethlettuce) so if you agree with my tweets, we should try to get #R2VolleyBall trending.  I only saw one mention of #R2Futbol, and goddammit, that requires grass.  Volley Ball requires sand.  I am on the right side of history here!!! 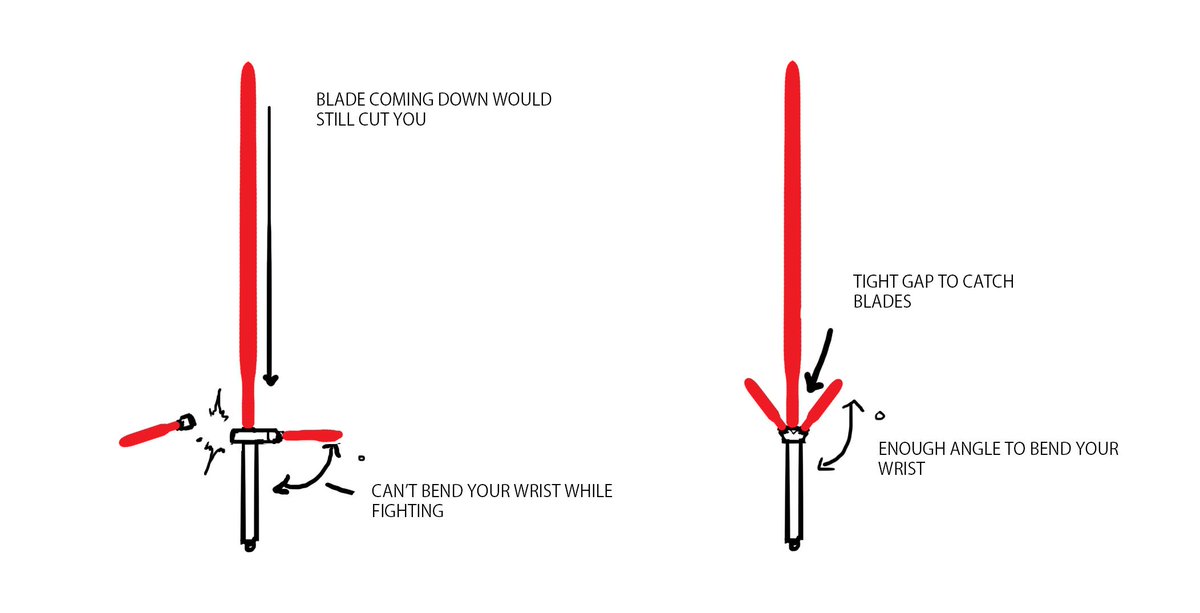 mhm thats how they are supposed to be, but they got GoT and Lotr fever i guess. lol

Not talking about the star wars teaser because although I might be a bit cynical, I still think it's just a cheap way to cash in on retards dealing with pretend nostalgia.

Other than that though, that lightsaber is just... uh... yeah. Your picture is spot on.  Then again it's the force so they ain't gotta explain shit.

I hear ya, but it was really Lucas doing the cashing in with the awful Special Edition, and the abhorrent prequels.  That trashed his rep so bad he had to sell.  The best SW movies were the ones in which he delegated more.

I've been very skeptical of this new batch because I hated JJ's Trek reboots, but (I think) the stakes are higher for this franchise, and he's doing lots of stuff Lucas stopped doing years ago, like location shooting, much higher use of practical effects, and getting someone to co-write with -- Lawrence Kasdan who wrote the screenplay for Empire and Raiders.

It could still suck in numerous embarassing ways, but I think there's more reason for hope than there was.  I'm a fan of some of the new Marvel stuff, so I don't automatically assume Disney will wreck it, though I know they're capable of it.

And I don't blame you if you think I'm a retard.  Star Wars is a silly thing, but it'll be fun if it's done well.  That said, I'm nervous that it'll have Ewoks because Warwick Davis is in the credits.  I don't care who thinks Wicket is cute, I fucking hate Ewoks.

Oh yeah I'm not saying that it couldn't be good. Hell I'm fairly sure they'll be better than the prequels, and I did like his Stark Trek reboots even if they were "dumbed down" for the general audience.

Didn't realize he was doing more location shooting and props though, that's great news! It's one of the big reasons the prequels sucked, every scene is jammed full of so much distracting CGI crap that you can't really follow what's going on. Then again there isn't much going on plot wise so it's not like it matters. Have you ever watched Plinkets reviews of the star wars prequels? They're pretty hilarious and really spot on.

Yes, gawd, those reviews are the stuff of legend.  They're so perfect I wouldn't be even slightly surprised if that's what made Lucas decide to sell.

I'm very tentatively hopeful for the new movies. I’m a huge trekkie and do admit to liking the new Trek reboots, although I do agree with Acis that they were painfully dumbed down. I know I’ll be going to see the new Star Wars on opening night, but I don’t plan to go into it with and high expectations lest I leave the theatre in woe like after Episode 1. Really I’m just hoping that he bring more of the grittiness of the originals into the series instead of the prequels bizarre “family friendly” feel. They tried so hard to make the 3rd prequel dark, but it just didn’t work for me for me for some reason (Darth Vader: “Nooooooooo”).

To be honest, I’m excited either way. A) It will be awesome and I’ll have another Star Wars movie to love B ) It will be an on-screen abortion and I’ll get a good laugh out of it.

We will just have to wait and see.

Side-note: Both Kelsey and I immediately were pissed off at that silly lightsaber design when we saw it.

There's actually two theories going around that work for me to justify the lightsaber:

A: it's a lightsaber built by a non force sensitive user, so it was built wrong. This design needs exhaust ports on the side to funnel off excess heat, lest it explodes. It also partially explains why the lightsaber isn't a solid line but more or a "flame" type deal.

B: It's an ancient lightsaber, and the person carying it is looking for other Sith artifacts like Darth Vaders helm.

Here's one that's most likely true though:

C: It's made to sell more shit to children, just like the prequals.


Jello, if you haven't: watch the fucking plinket review. I nearly pissed myself laughing the first time I saw it, and then again the second time.

I believe the saber design was simply an attempt to up the ante with no engineers on staff.  That lack of critical thought gives me pause, but if they reserved critical thinking for the plot and dialog, some engineering blunders can be forgiven in sci-fi/fantasy.  But ONLY if the plot and dialog don't suck.

A good use of CG would be to fix that design in post.  They should totally do that, in addition to scrapping #R2VolleyBall, which is AT LEAST as big an engineering face-palm.

Saw that, love that.  But for Lucas, some scenes are way too sparse.

They didn't scrap #R2VolleyBall, but otherwise, I'm actually starting to get excited.

Thanks Baka, I didn't know this was out!

PS - Don't think I didn't notice that none of you jerks helped me get #R2VolleyBall trending.  Hang your heads in disinterested mock shame!

Vader's helmet, sunken star destroyer being claimed by the desert, and "Chewy, we're home"  it had sooo much great stuff in the trailer. It made me feel young again for a moment XD

I don't have a twatter deth

Also I'm so gonna watch this movie in the theater. Don't even care if it ends up being bad, it can never get worse than the prequels.

You said a mouthfull, Acis.

From everything I've seen, J.J. is taking this as seriously as one can take sci-fi fantasy. <-- reasonably important qualifier 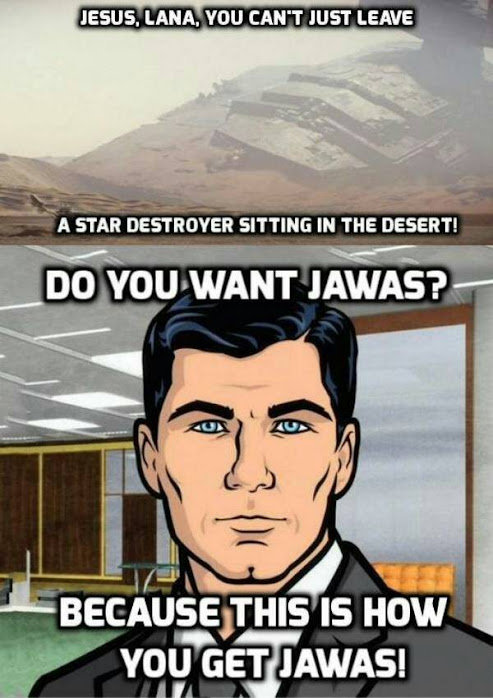 Back to Off Topic


0 user(s) are reading this topic